You’re offline. This is a read only version of the page.

This is part 2 of a series of articles on how to implement Insurance Claims Adjudication rules using the North52 business rules engines for Microsoft Dynamics 365. Please see the overview article for a table of contents of related articles.

This article details the rules and Decision Table which apply Coverage Rules for a claim. When a claim is made on a policy these coverage rules are assessed first.

Coverage is defined on a policy via several records, each specifying the details of the coverage, for example, the treatment type and percentage cover. 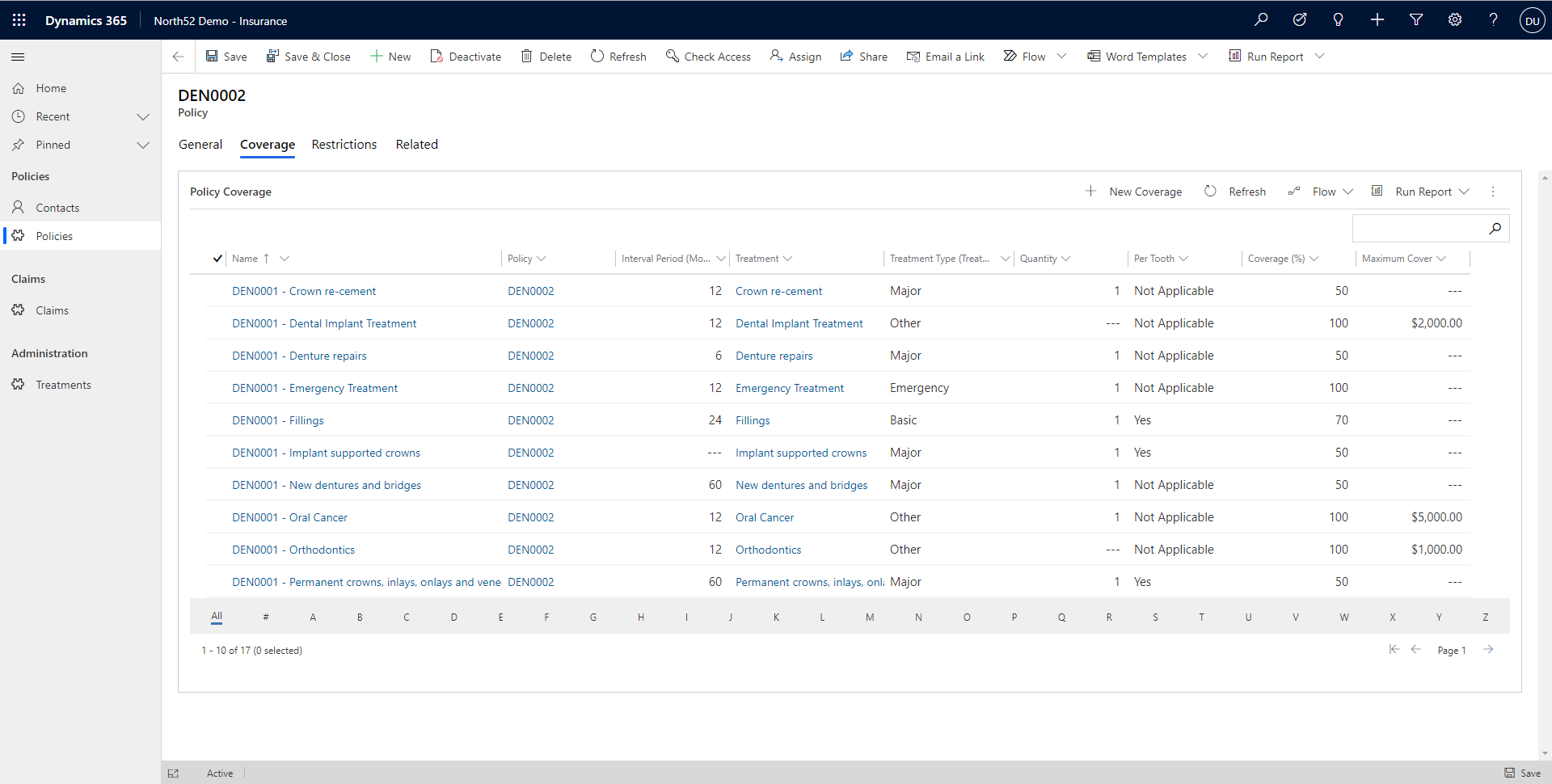 The rules above are translated into the following Decision Table: 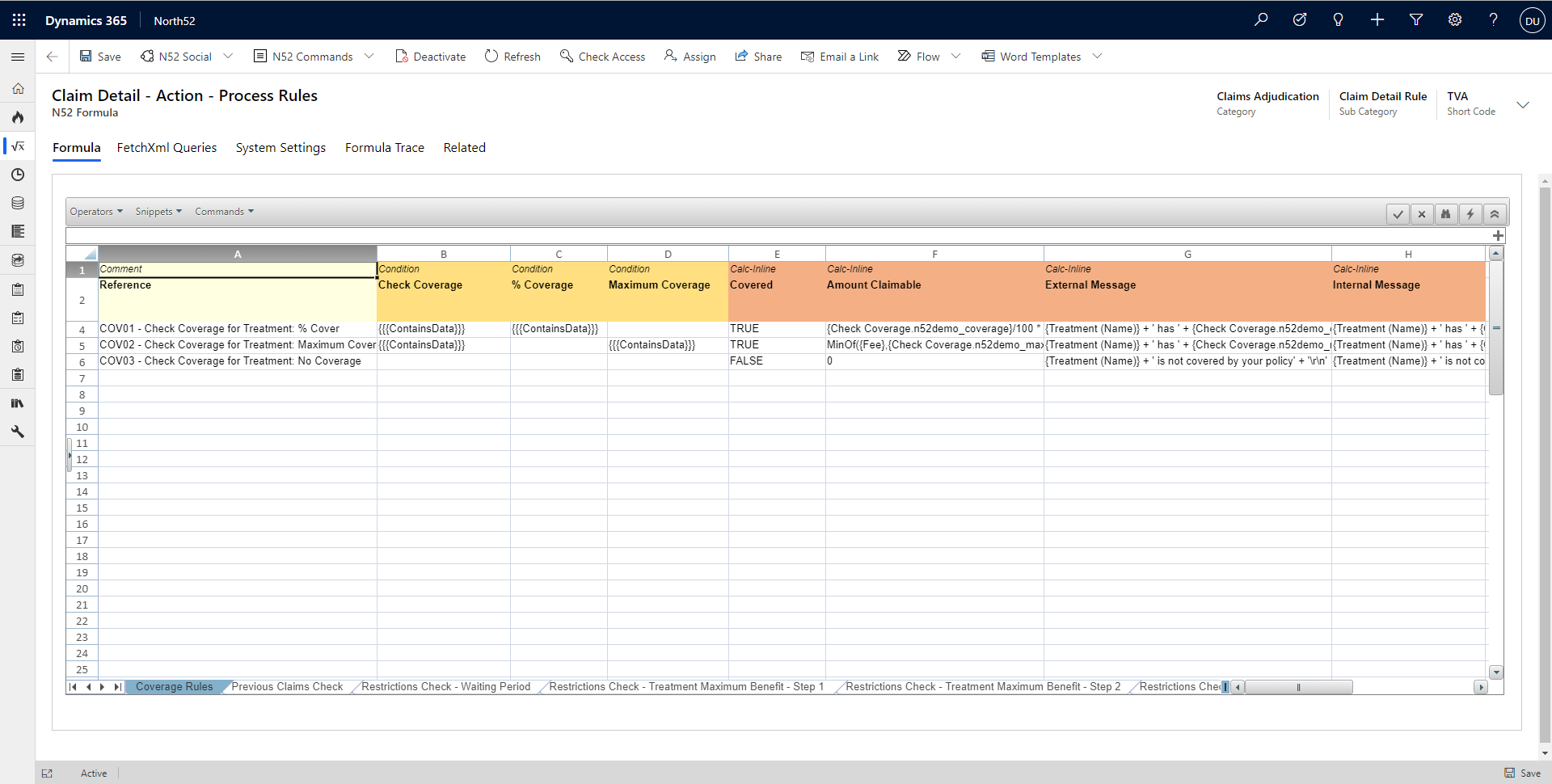